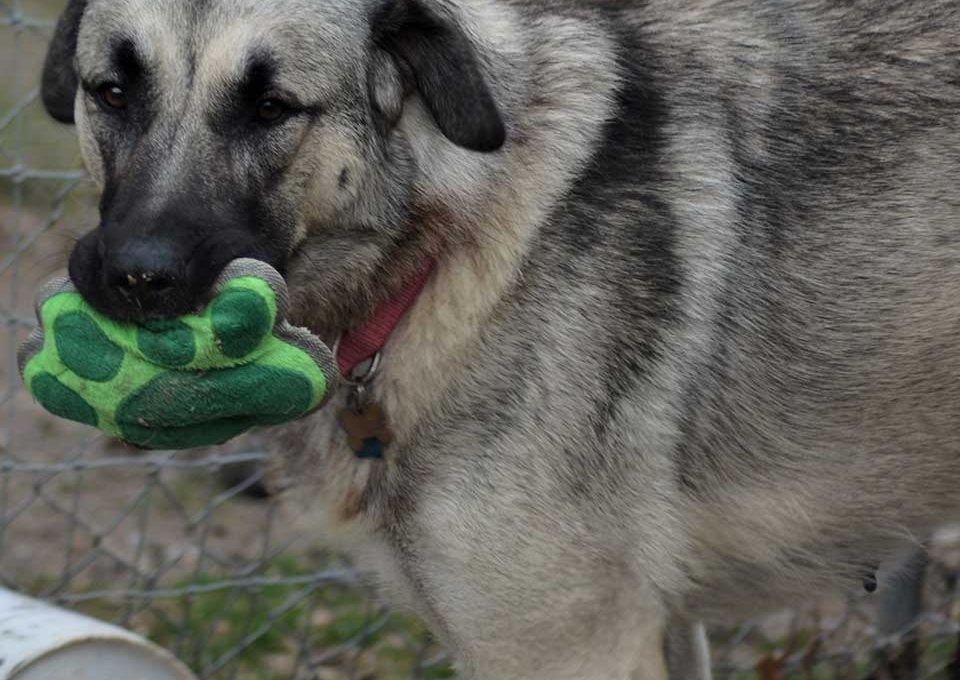 OK, so I’m Stephanie.  They sometimes call me “Steph”, or “Stefania”, or “No, Stephanie, NO!” – I think that last name is too long so I usually ignore it when they call me that.

I was born in April of 2020.  Hey ho, I’m still a puppy.  I have the perfect excuse to go around chewing everything.  Which I do.  All the time.  I mean, ALLLLL the time.  I love to chew. I also love to fly.  I can climb gates and fences and can run and run and run. I’m supposed to be out with Milo helping him look after the farm. But I was told, “Stephanie, you’re not quite ready for that yet.”  I don’t get it  Such silly rules. I’m an Anatolian Shepherd just like Milo and his job looks so EASY.  I mean, he just wanders around all day and barks whenever he sees someone.  He said it’s to protect our animals and our farm. I can do that.  I can also help the neighbors and protect their animals and their farms, too.  It’s fun to go for walkabouts. But that’s when they start calling me that name, “No, Stephanie, NO”.  Anyhow.  I had nothing to do at my last farm and I am really looking forward to having a proper job (rather than just chewing up everything in the house – I mean, it’s a good gig, someone’s got to do it, but being free on the farm will be much better).

PS I’ll bet you can’t guess who I’m named after.  No?  Stephanie Plum!  She gets into all sorts of jams just like I do, and I like her a lot!