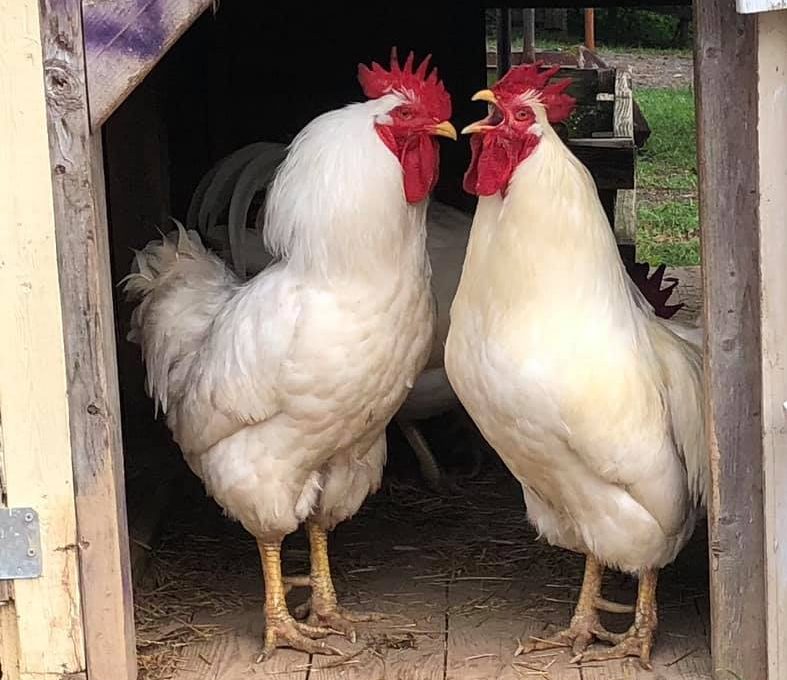 Having travelled and lived in other countries where the boundaries between city and rural living blur consistently, I rather liked, at first, the notion that urban and suburban dwellers in the US might be allowed to start keeping chickens. For much of my life I was a city person, and so on a trip to Haiti and waking up in the heart of Port-au-Prince to the sound of a rooster crowing, I thought – of course, this is marvelous. Pigs and goats wandered the streets, and the mixture of life, if not entirely sanitary, was colorful. That is, of course, an entirely first-world way of looking at it. The truth is that in countries like Haiti, keeping animals is survival. I don’t know if they have zoning commissions in Haiti, but I sincerely doubt that HOAs have imposed their fascistic controls onto the quite poverty-stricken residents, to whom painting your house bright blue or orange is a creative statement, not one of rebellion against the requisite ecru.

In Cairo, Egypt, it wasn’t uncommon to see donkeys, camels, and even sheep walking along the city streets. Mind you, the donkeys and camels were working animals, and the sheep were headed to less glorious fates in restaurants. My landlord kept rabbits on the roof of our apartment building – also for food. But the jumble of lives did not disturb.

In Italy dogs accompany their owners into restaurants, shops, and onto trains. I don’t think there is a “pet fee”. Buses in Mexico often have livestock hitching a ride.

So when did America become such an anti-animal place? Oh, we love our pets. Everything-pet is a billion dollar industry in the United States. People will spend thousands of dollars on specialized veterinary care. But regulations for the presence of pets in polite society are strict. “Only service animals allowed.” “No pets.” “Pet fee for hotel stay, $30 and no animals over 40 pounds.” The message: keep your pets to yourself.

Then we have the meat-eating population, about 90%; for the most part they buy their meat wrapped in plastic, sold in large supermarkets. Many have never seen a cow or a pig or a chicken up close. Meat is a commodity; where is it cheapest? Back in early 2020 at the beginning of the Coronavirus epic people freaked out when there were limits in stores on how much meat one could purchase at a time. Costco didn’t have chicken for several months after the initial hoarding rush. I did hear that folks started trying to seek out farmers directly – well now, there is a start to connecting.

A quick aside: about 30 years ago I was working in suburban Virginia. Across the street from my office complex was a small Middle-Eastern store. I went there from time to time to pick up exotic spices and pita bread. One day the owner had just opened the large walk-in refrigerator. Hanging from a hook was an entire lamb, skinned. I gasped and turned away. He asked me, I think condescendingly, “don’t you eat meat, young lady?” I replied, “well yes, I do” (for I did at that time). “Then you ought to know where your meat is coming from.” He was right. I was one of those disconnected meat eaters, shocked at the sight of a hoof, a naked eye, a skinned body. Of dripping blood. Of the reality that hanging there is someone who was alive before; someone that was going to be chopped up into pieces and that someone else was going to eat. I lived at the time in a basement apartment in the city. I had no connections to farms. I’m not sure I’d ever been on a farm. So I was clueless. Utterly uneducated in the ways of ‘eating animals’. I mention this incident because I think it ties into the whole separateness in which we live in this country.

“But there is a really dark side to this backyard chicken keeping business: roosters.”

This is why I was happy when I learned that folks would be allowed to start keeping chickens. Hooray, people would learn about real animal smells, they would collect eggs, clean poop – become more connected. They would go to feed stores! They’d meet farmers! Maybe when they visited my farm they would not be upset at the sight of manure, at the natural smells animals produce. Maybe these chickens would be an entrée for them into appreciating farms. Maybe it would make them think more about what they eat and where it comes from. Maybe they’d stop and consider their options – for there are so many, besides eating the beasts who are shrink-wrapped in plastic with bar-codes for your shopping convenience.

I don’t know if any of this has happened. I’d like to think it has.

But there is a really dark side to this backyard chicken keeping business: roosters. Many people opt to buy “sex-linked” chickens – hybrid chickens who have been bred to have distinctive marks as chicks, thus allowing the breeder to select only females to ship off. But wait – statistically, 50% of chickens hatched, anywhere, are going to be boys. Right? So what happens to these sex-linked chickens who are unlucky enough to be male? I’m pretty sure this is not discussed in polite company or around family dinner tables. When people put in their online orders for chicks to come through the US postal services, they expect them to be girls. And then they end up with a rooster or three. What to do?

Any farmer would say to them, “put them in the pot.” Farmers are practical and have learned to just deal. Your run of the mill HOA official is going to say, “get rid of them immediately.” The suburban chicken keeper laments, “but I raised Fluffy from a baby – now what do I do?” What do they do? They call farm animal sanctuaries.

So here are animals who have been brought into the world with the hopes they would not be who they turn out to be. They are raised, loved, and then must be disposed of. It’s a hell of a bad proposition. And it brings to the fore the reality of animal husbandry that farmers have to deal with – on your behalf – daily. “Fluffies” are a luxury. But the real farmers don’t get called. We do.
In fact, we are bombarded by texts, calls, facebook messages, desperate emails, “please please take Fluffy. We’ll pay for his care, we’ll come to visit, we love him so much.” These requests come in every week, sometimes every day. I don’t know one single sanctuary who does not get them. And they make us feel bad. Really bad. Sometimes the cumulative effect is to make one want to just lie down in a dark room and never answer the phone again. Because here we are – the purported last refuge, the only thing preventing Fluffy from being someone’s dinner or being euthanized at the animal shelter. But we can’t. We already have roosters. Lots of them. Lots and lots of them. And while roosters can learn to get along, it’s a balance and bringing even one more in can upset the balance, resulting in fighting and bloodshed. Besides which, if we were to accept every ‘oopsie rooster’ we get asked to take, we’d have hundreds of them. How is this fair to anyone?

I don’t know what happens to these poor birds. I do know some of them end up at animal control, because we get those calls, too. I know there are some chicken-specific sanctuaries that can take some in. Sometimes you might find a farmer or two who will take a nice rooster, but most farmers will have one rooster to every dozen or so hens. The statistics don’t look good for those boys.
So what now? Those nice ideas about city and suburban folk getting closer to the land have backfired. Is the answer to petition to allow roosters in the neighborhoods? Well, I think so – a rooster crowing is a nicer sound than a barking dog, and dog barking is perfectly allowable in communities. But it won’t happen. It would be just too OBVIOUS that agriculture has invaded the pristine subdivisions. That isn’t why people live there.

I have no solutions to this problem. But I wish to ask those people who keep backyard chickens to do two things. First: be prepared for a rooster. Think in advance what you will do, and make arrangements. If you do not like the options available to you in this eventuality, then do not keep chickens; roosters will happen. Second, be kind to others. Know that your need to rid yourself of the unwanted crowing rooster puts a terrible strain on shelter and sanctuary workers.
It hurts us to say no.

“There are only so many times you can say no.”
― Bert McCoy