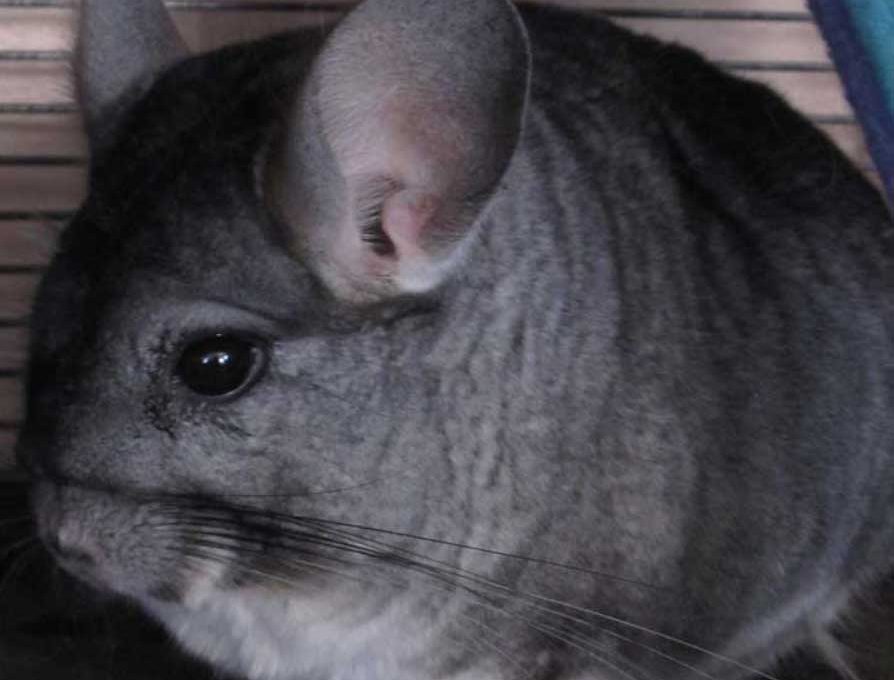 I was at the Animal Welfare League of Arlington when the folks at Star Gazing Farm came to pick up another lucky soul. I danced and gave my best ‘you need to take me home’ look then pointed out my info card to them.  There it says I had been adopted out and returned several times, because “he was too much work”.   Too much work?  That’s the silliest thing I’ve heard in a dog’s age. Anyway, the Star Gazing Farm folk, not afraid of a little work, found me so utterly delightful, and knew that I would enjoy all the activity at the farm.  They were right, I love being at the farm in my very own 4 story “palace” and I also love to roll around in my dust cave.  I really like swing dance music.  If you play it I will get on my wheel and run and run and run.  Oh, I have a new friend named Billy.  He is silly, that Billy the chinchilly, but I like him!